I first met gallerist Niru Ratnam at Frieze art fair, around 2007 I think, when he was running his pioneering gallery STORE, in London. Niru and STORE represented artists I knew and liked, such as Ryan Gander and Bedwyr Williams. I have always found his honesty, sense of humour, willingness to take creative risks, try new avenues and put his head above the parapet interesting and inspiring. He has got a great eye, is invested in bringing about positive change for artists and is a positive tour de force in the art world, having revealed its inequalities for many years. He is serious about the value and power of art and creativity but doesn’t take himself or the systems we’ve invented too seriously. He is willing to debunk our ideologies, rattle ivory towers and shake feathers when need be. 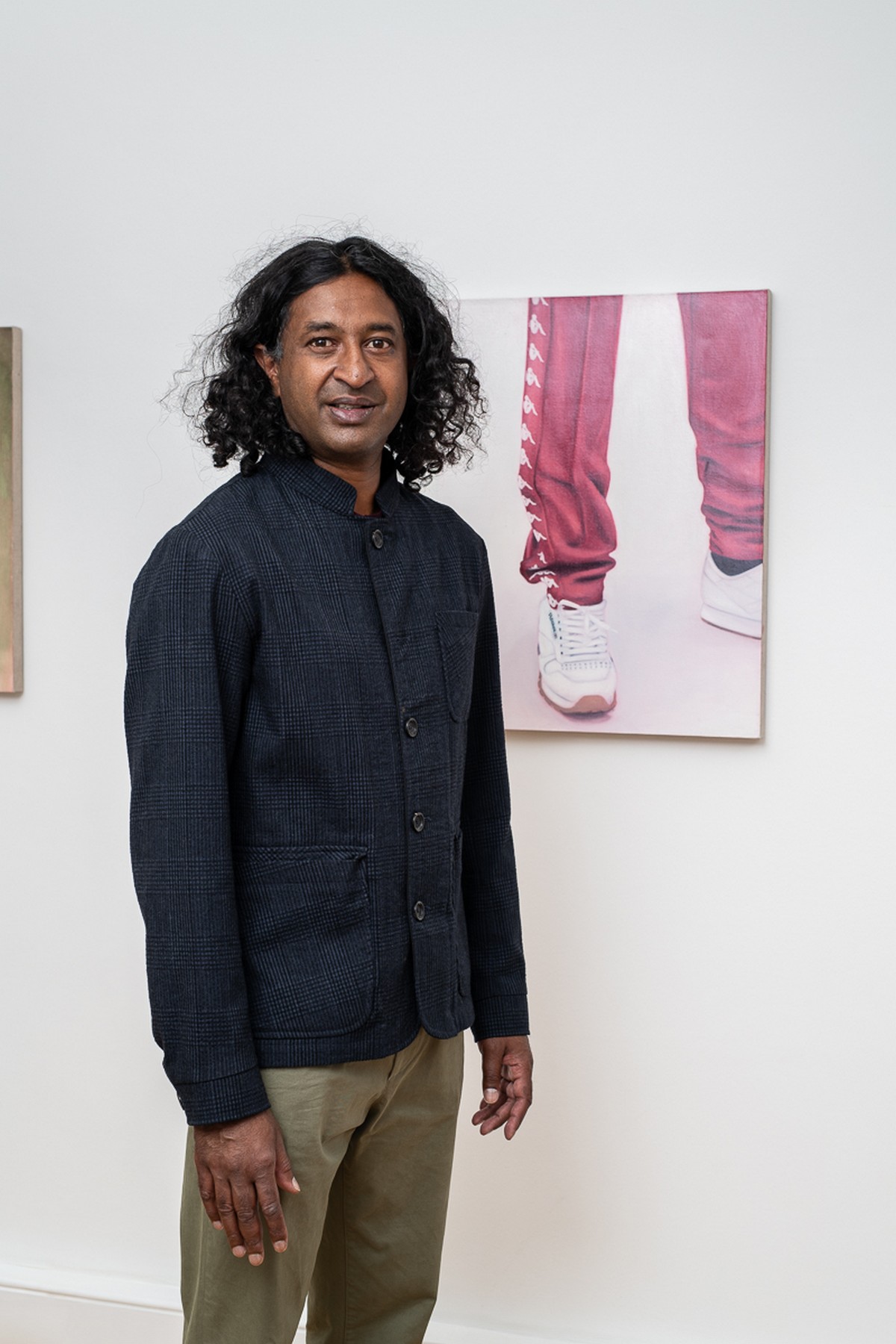 Niru Ratnam is a gallerist and a writer. He co-founded STORE which ran from 2003 to 2008 and then worked as Director at Aicon Gallery and KÖNIG Galerie. Earlier this year he opened up Niru Ratnam Gallery. He's written about art since the late 1990s for both art publications and the general press. He's worked in the public sector, setting up Inspire for Arts Council England, a positive action programme for curators of colour. He is currently on the board of DACS having previously been on the board of Nottingham Contemporary, Chisenhale and Whitechapel Gallery.

Having had no real knowledge of American comedies for years I am now binge watching Brooklyn 99 as I was intrigued by the casting of Black and Latino actors in the lead roles as well as having LGBT characters in  what is a pretty mainstream comedy on the surface. It's also something that my eldest child likes watching so we can swap notes on what we think of it. I also do quite a bit of tai chi and cooking. And a very good bottle of red wine also helps.

What are your core values and drivers that you bring to the gallery? What do you care about?

I wanted to bring together the things I have been writing and thinking about since the late 1990s, primarily around identity, race, gender and class, and a commercial gallery programme. The gallery focuses on artists of colour and women artists. I'm also aware that there aren't that many gallerists of colour around in the UK and Europe so that plays a part in the way that it is run. 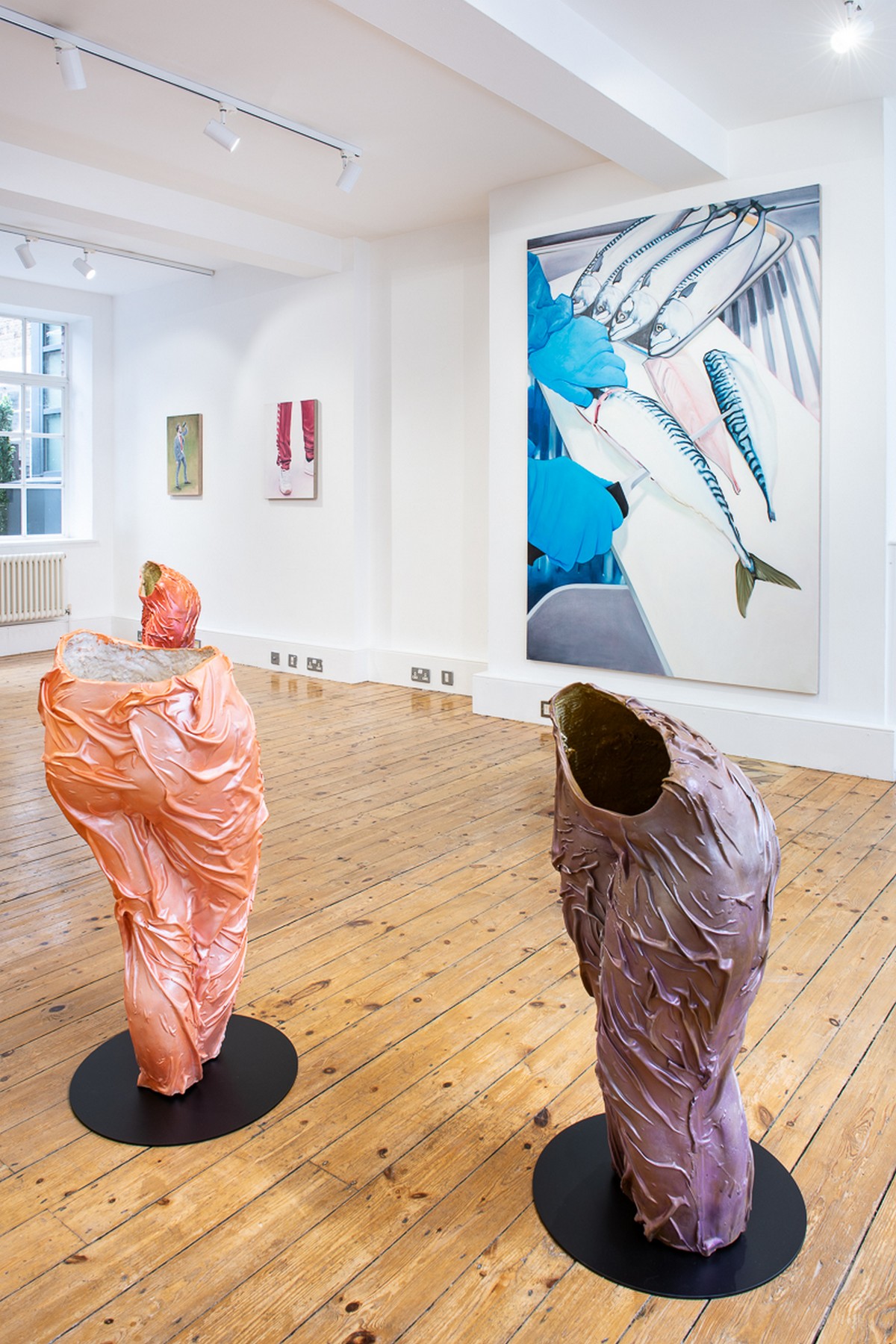 What do you enjoy the most about running a commercial gallery?

Working with the artists to realise a show and getting collectors, curators, and critics to come and see it. Also being able to live with the art for a few weeks in the gallery space which is a real privilege - it makes going into work rather wonderful.

How do you discover artists and what makes you finally decide you want to work with an artist?

I prefer studio visits and seeing other exhibitions by artists rather than looking through social media to discover artists. In terms of working with them it's very much about the studio visit and if they have an outlook on the world that chimes with mine. 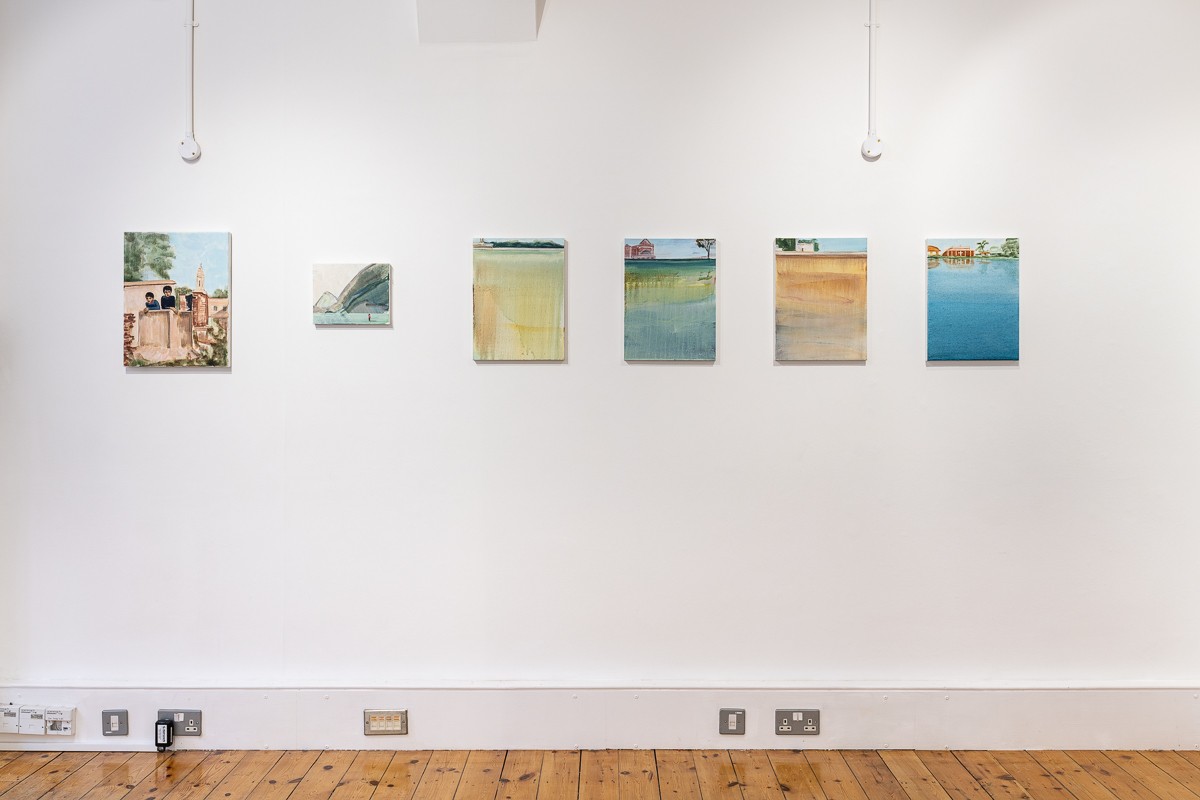 How do you gauge which artists and artworks will be interesting to audiences?

I think it's more about realising that there are different audiences and working out which bits of audience will be most interested in particular artists.

What kind of support or expertise do you offer or provide artists?

A decent gallerist can guide an artist through the commercial artworld as this isn't something which is taught particularly well or widely. It's about offering bits of advice and thinking about good people to introduce that artist's works to. 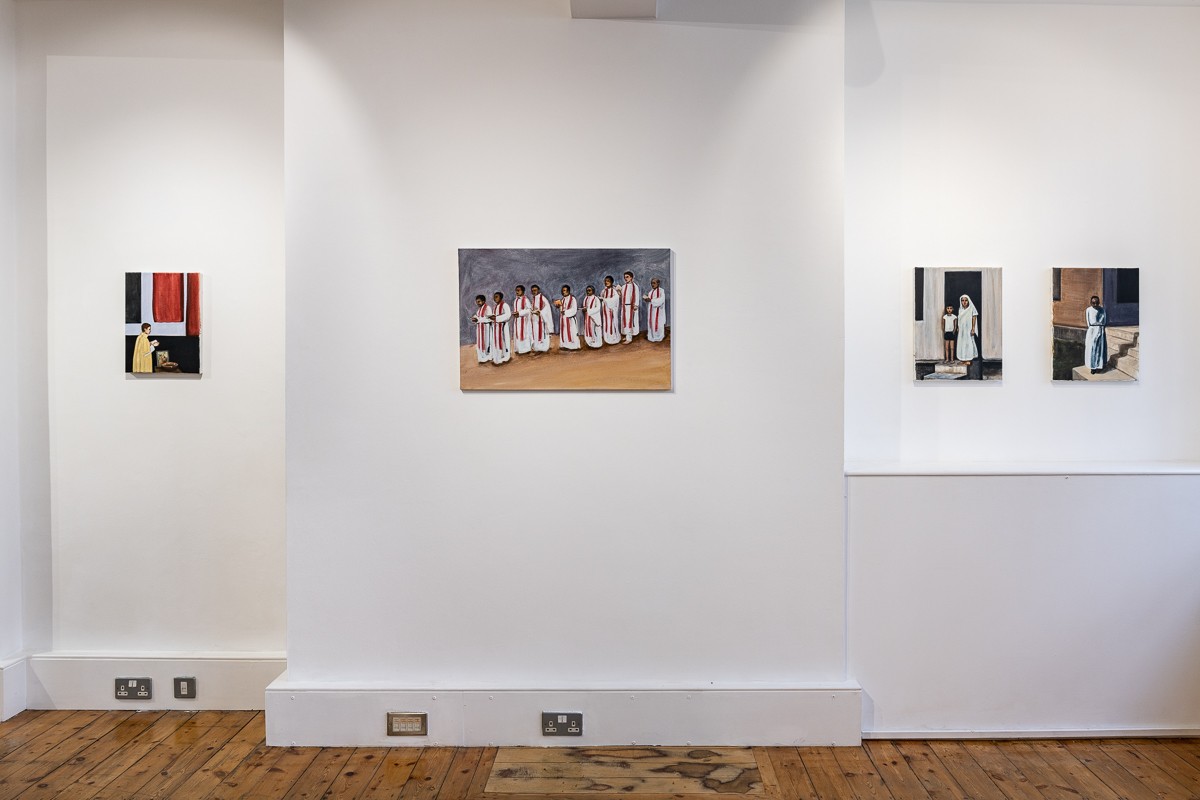 How do you go about building a market for an artist?

By trying to work out who I know who will appreciate the work and then talking to them about the artist. I'm not particularly digitally-savvy so I don't really use the online platforms, but I know this is a good option for certain gallerists and artists. I rather like talking to people on a more personal basis although I appreciate this only really works if you are quite a small operation.

Can you describe a remarkable moment in your creative career that you feel surprised or proud of?

I always think it's pretty special when a good exhibition comes together, and you think back to the early conversations in the studio with artists. Watching shows develop from that first conversation through to just after they have been finished installed still makes me happy and proud.

What risks have you taken in the gallery that perhaps did not go so well but you learnt the most from?

I worked in art fairs for a bit and tried to push the model to be properly global without realising that the main problem with that idea is that the good little galleries who were on the other side of the world might have been willing to participate but couldn't afford the shipping costs, and the ones who would participate Alex (because they had lots of cash) could sometimes be a bit iffy. So, I'd end up programming quite idiosyncratic art fairs where there were a few worthwhile discoveries, but they'd be buried in amongst some rather uneven stuff. A good lesson in when practicalities cut down rather idealistic ideas.

What new strategies are you trying or considering in the current climate? How will you measure success?

None of the strategies I am trying are very new - several them are very old, but got a bit forgotten when the commercial art world got a bit out of control.

What would you hope that people experience and learn from seeing one of your exhibitions or events?

I would hope that they engage with the artist who is on show and hopefully go away wanting to learn more about that artist. And hopefully that they would want to come back! 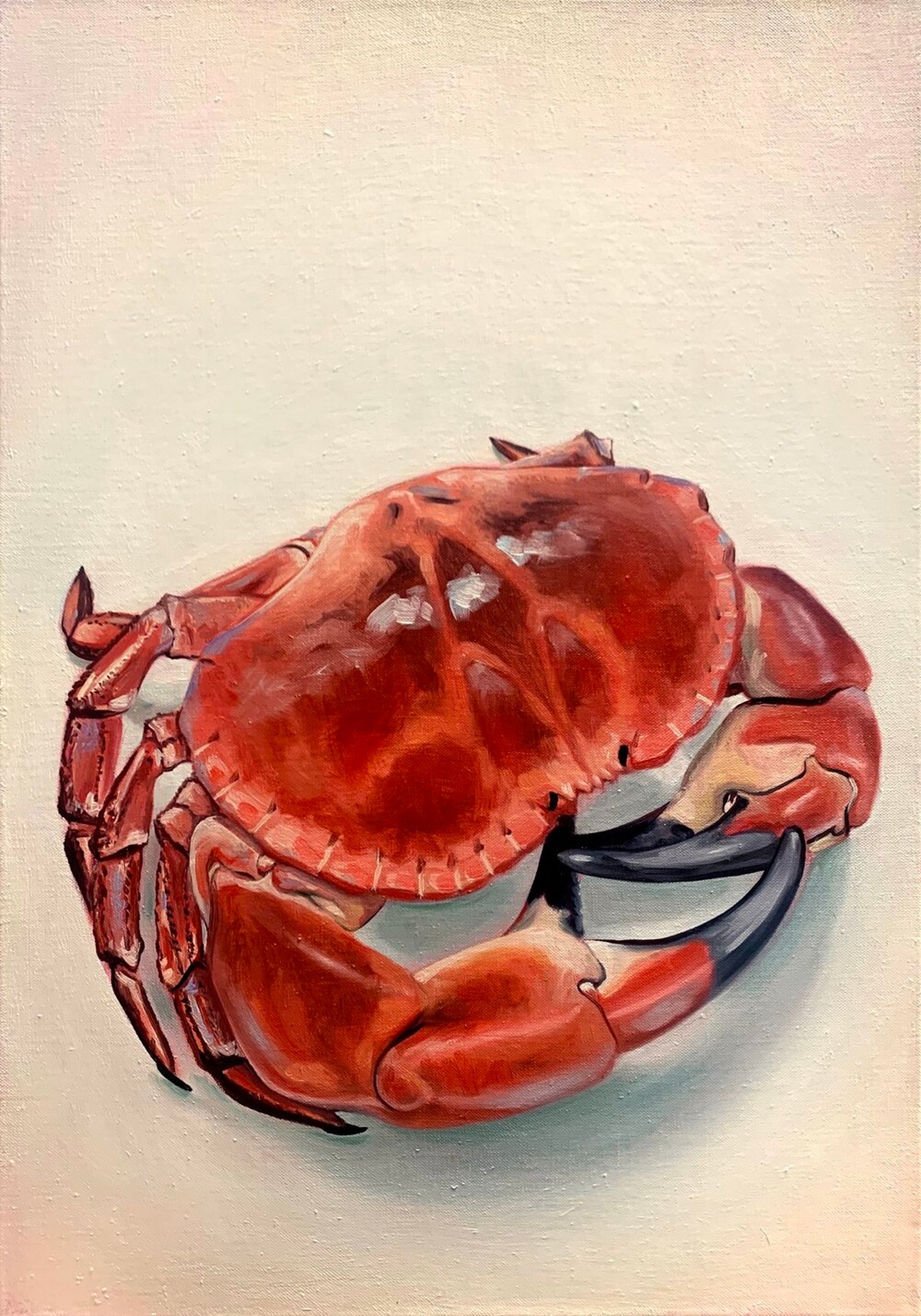 Do you have any advice for artists?

I've never been an artist so I don't think that my advice on being an artist would hold much weight. I've always admired them though. I can offer practical advice about the commercial art world which roughly goes along the lines: most gallerists in the commercial art world have their heart roughly in the right place but not all of them. The best thing to do is to trust your gut instinct when dealing with galllerists and dealers - if something doesn't feel right, it is probably because it isn't right. 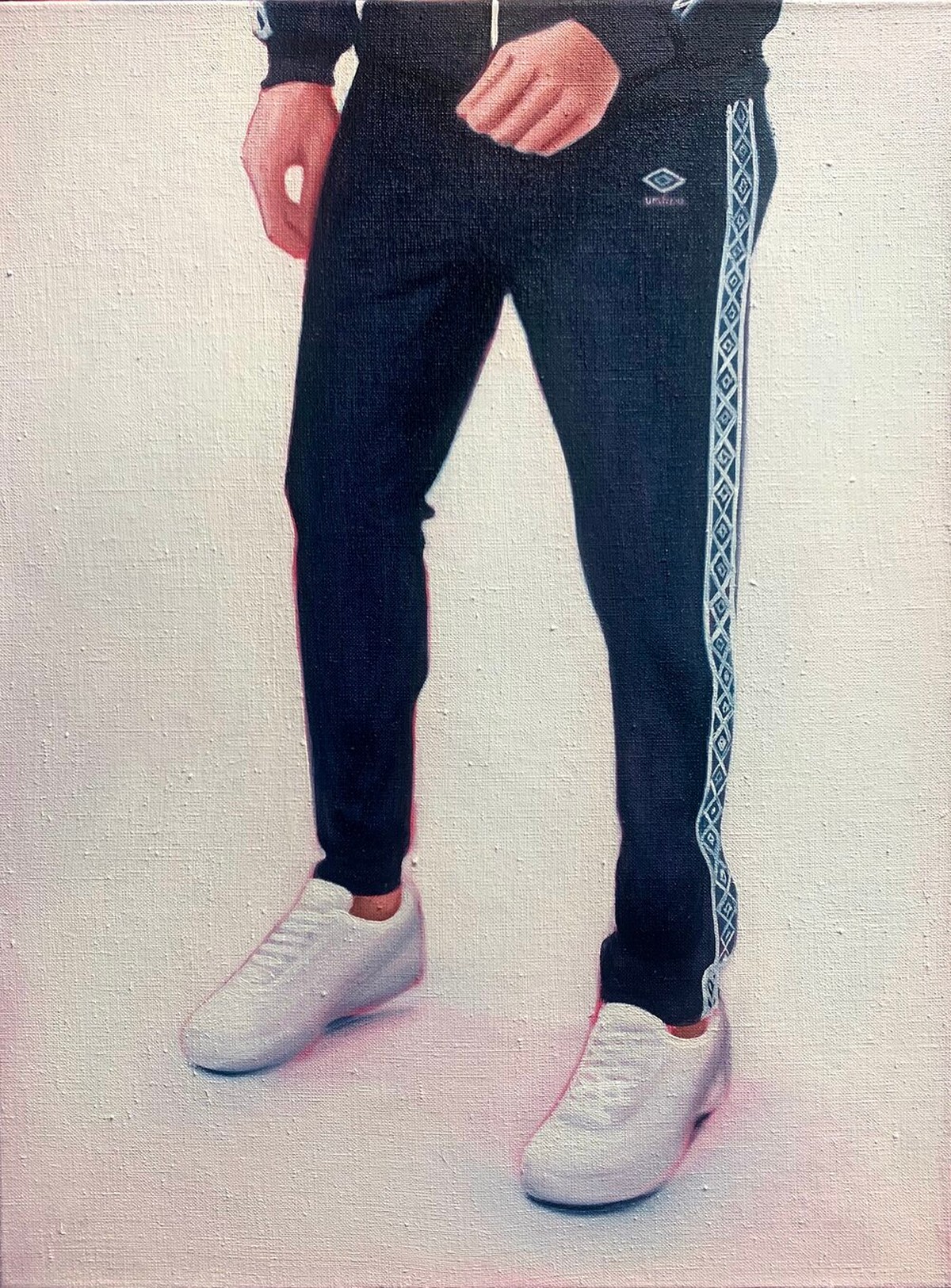 What helpful resources would you recommend to artists?

I think there are some great organisations out there, from a-n The Artists Information Company under the guidance of Julie Lomax through to DACS, who safeguard artist image rights (I'm on their board). The best resource though is the community of artists themselves - talk to other artists!

An interview with curator and collector Marcelle Joseph.

This website uses cookies to improve your experience while you navigate through the website. Out of these cookies, the cookies that are categorized as necessary are stored on your browser as they are essential for the working of basic functionalities of the website. We also use third-party cookies that help us analyze and understand how you use this website. These cookies will be stored in your browser only with your consent. You also have the option to opt-out of these cookies. But opting out of some of these cookies may have an effect on your browsing experience.
Necessary Always Enabled
Necessary cookies are absolutely essential for the website to function properly. This category only includes cookies that ensures basic functionalities and security features of the website. These cookies do not store any personal information.
Non-necessary
Any cookies that may not be particularly necessary for the website to function and is used specifically to collect user personal data via analytics, ads, other embedded contents are termed as non-necessary cookies. It is mandatory to procure user consent prior to running these cookies on your website.
SAVE & ACCEPT
SUBSCRIBE